In many ways the Valpolicella and Soave regions form something of a symbiosis: while Valpolicella, northwest of Verona towards Lake Garda, is the home of the area’s major red wines, Soave to the east has always been the centre of white wine in that part of the world, typically producing elegant, crisp wines which, like Valpolicella, run the gamut from cheap and cheerful to serious, many-year agers – yin, in other words, to Valpolicella’s yang. As such there are many wineries which like to have a foot in both camps; however, while many of them tend towards the larger end of the spectrum, few combine this double-interest with boutique precision like Roccolo Grassi.

Started in the 1970s by Bruno Sartori it was relaunched in 1996, with his oenologist son Marco and daughter Francesca taking the reins in 2003. The winery is based in Val di Mezzano (Mezzano di Sotto, to be precise), almost perfectly equidistant between the villages of Soave itself and Negrar di Valpolicella. The company owns only 15 hectares of vineyards, the pride of which are La Broia in Soave and the Roccolo Grassi vineyard from which it takes its name. The vines are hand-tended, down to pruning each plant individually, and the harvesting is quality-conscious to the extent that different vintages can vary enormously in terms of yield. It’s worth the effort though – a small winery they may be, but they produce hugely ambitious wines both white and red, in which the influence of the one can be seen in the other, their reds carrying a refreshing elegance while the whites brood with seriousness.

Nature-conscious, quality-conscious and fitting universes into small outputs, Roccolo Grassi is a credit not just to Valpolicella but to Soave as well – indeed to all Veneto wine. 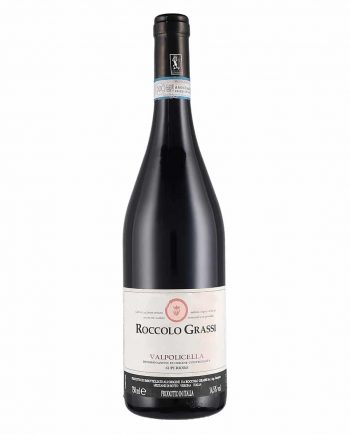